In Which I Cheer Up, Great Ormond Street and Maldon Sea Salt

I have developed a bit of a thing for Maldon Sea Salt - more than usual. I posted a recipe on Facebook with peaches and ricotta so won't repeat here. A family run business since 1882, a salt dynasty. Love it. I look around pretty much every day for something yum to eat. 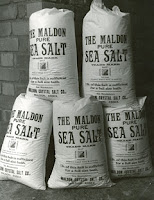 I've been playing on Facebook a bit - yes I know I am about twenty years behind everyone else. It has lots of wonder as does Twitter and the very thing that got my nose out of a book and inches from a screen - the old blog.

I was given a masterclass in blogging by a fellow school run mum and have never looked back - that's you Potty Mummy I faffed about a bit, moved house, wrote lots, discovered Twitter. Here I am. Still can't work Instagram. 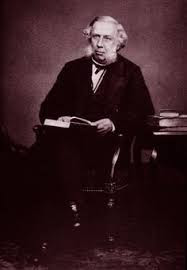 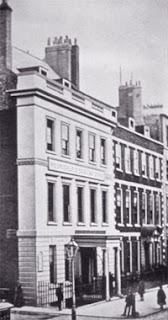 I thought I might cheer the blog up a bit, talk a bit more. I've been fed up and I'm not fed up anymore. I'm writing, running and living. Had my hair done, highlights. Not chavvy ones, caramel.

I've thought about shopping. Look from Charlotte Tilbury to go with the French tan : 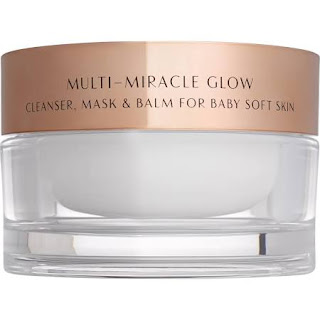 I'm doing Strala yoga, outside when I can, bought some oysters for hardly anything and am going to bring back a bit of Ottolenghi - voila !

An archaeologist is the best husband a woman can have. The older she gets the more interested he is in her. Agatha Christie

I read Chaucer, Virgil, poetry, I love Dickens - I just can't get to grips with Tolkein.

Second confession. I have never really got to grips with Agatha Christie. A large part I imagine because I don't watch TV. Over Christmas I was staying with friends and I was winkled into watching Ms Marple and one of the Poirot episodes.

The friend who winkled me said a large part of the appeal is the beautiful visual, vignette of times past, fabulous clothes   - there I agree. 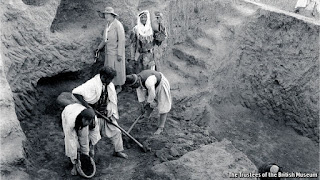 This morning via Twitter I came across an article about Poirot. He made his debut on 17th July 1916. I read the article, snaffled it, devoured it, ranted about it, printed it off, tweeted, face booked.

I won't go into a potted biography but so much of her life fascinated me - she became big on poisoning people after her time working as an auxiliary nurse during the war - her dispensary experience would come in super handy. Here is the link to the wonderful article.

The Mysterious Affair at Styles

She was homeschooled for the first ten years  - she and her siblings believed her mother Clara to be psychic.

Her first husband  - Archibald Christie asked for a divorce so he could be free to run off with his mistress. Agatha disappeared for ten days - her disappearance featuring in newspapers worldwide.

This is the room in Istanbul in which she wrote Murder on the Orient Express.

She would later be found in Harrogate, checked into a hotel in the name of the mistress.

She saw the plight of Belgian refugees thus determined to make Poirot Belgian. She was rejected many times for publication, now she is the third best seller behind The Bible and Shakespeare.

Her second husband, the archaeologist Sir Max Mallowman took her to digs in Syria and Iraq. She wrote of the 'creamy beauty' of Palmyra.

I get now to discover with admiration, anticipation and joy Agatha Christie.

I am about to cook this not laced, with any luck with this : 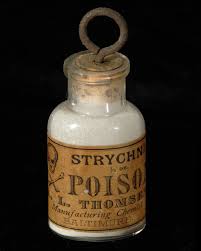 There is a Chinese saying, I think. May we live in interesting times. I am about there. I have had cardiac dramas, not mine. A couple of suppers with the most unlikely yet deeply amusing group of people.

Anecdotes about past generations - including peerage earning wonderfulness. I met a nice Milanese insurance man ( nothing dodgy just business ) in a fabulous Italian restaurant in the City - the chicken liver parfait the stuff of legend and my scallops just perfect.

I went to Eucharist at St Paul's  - the Colet Court choristers in rehearsal an extra joy.

I have been commissioned to write about City churches. I stumbled, literally across St Stephen's Walbrook. I'll be brief but designed by Wren, the dome the prototype for St Paul's. In 1953 the then Dean Dr Chad Varah commissioned a social outreach programme - the birth of the Samaritans.

The Foundling Museum - I am the descendant of a Foundling and my book is based on this wonderful inspiring hospital as was - will curate the Found exhibition.

I am going to post here and Facebook which has become my new playmate ideas on that - an object - which object -makes you think you couldn't live without or sends you into a madeleine reverie.

I am thinking still.

May the 24th 1819 was the birthday of Queen Victoria. Those who know me know I am huge fan of the Victorians' - social engineering, literature, pioneers, engineers, the Great Exhibition. Hard to know what image to select to celebrate her so I went for this, a book I love and refer back to daily : 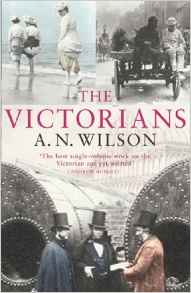 James Smithson who would go on to found The Smithsonian graduated from Oxford on May the 26th 1789.

This from the Bronte Society on Facebook. On May the 26th 1853 Charlotte Bronte would find Arthur Bell Nicholls by the Parsonage Gate in 'paroxysms of anguish.' A friend went through one of those earlier this week. 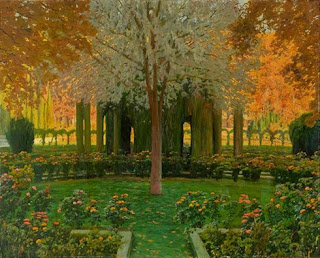 Food. I'm off to the South of France next week. Has to be the pan bagnat this links to Hugh FW's great article and recipe but if you have a chance take a look at this : 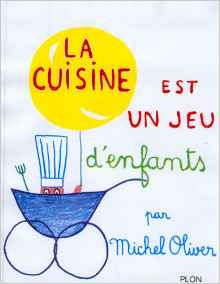 
Antoine de Saint-Exupery published the magical Le Petit Prince on April the 6th 1943. I have found it inspiring since I first came across it and still do.

Look at www.goodreads.com should you need some quotes. He also lived a very interesting life.

I was looking at the life of Daphne du Maurier and her marriage to General Sir Frederick Browning. Lots of food for thought for a later day. 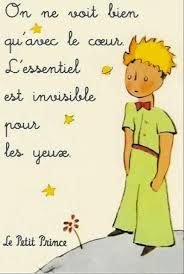 I came across a great article in The Telegraph about gifted writers having an off day....Shakespeare, Shelley, Wordsworth on the list.

I thought their off day up their with most people's top day. Shakespeare compares envy to the colour of an orange. This from Wordsworth :

And to the left, three yards beyond,
You see a little muddy pond
Of water--never dry
I measured it from side to side:
'Twas four feet long, and three feet wide.

On my mind and at discussion over the table is revenge, retribution, divine justice, anger, how to deal with those who have wronged us and who commit acts of great evil in general.

Should we stand back and be free of enmity and let 'karma' takes its' course ? Should we acknowledge that wanting revenge 'digs two graves.' Should we realise that to be free of whatever malice has been done to us we 'walk away.' I have saved a great Radio 4 Off The Page Audio to listen to - Grudges.

I am trying the latter - saying to myself whatever harm has been caused to me at least I don't have to live with the fact that I have caused harm to that extent.

Food - mmm. Saw a Tom Aikens tweet which was all beautifully verdant and spring green. I thought of watching Nigel Slater by the fire later. This should keep me company : 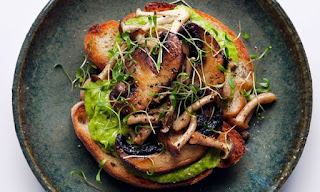 It's not personal. It's business.

"It is so easy to believe that you'll always be ready to handle everything life presents to you, but a day--many days--arrive and you can't bear it, you can't even dream that you have it within you or around you to cope or to survive. Hold on to that emotional, dreaming person--the one who feels--and keep family and friends and the things you love and the things you live for deep in your head and your heart. Eat and laugh a lot; love deeply; give fully. It doesn't just go by fast; it comes at you with alarming speed and stealth and damage. 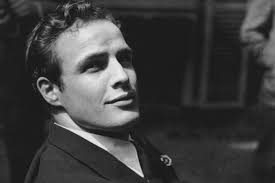 "You will not be prepared. You will be knocked off your feet, your foundation. Make sure it's a strong foundation, and make sure you know how to get back to it and on it and re-build it. 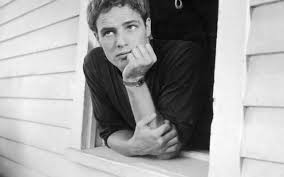 "No one is ready for what ultimately arrives, but some are lucky and are able to not only survive but to get others through it all. 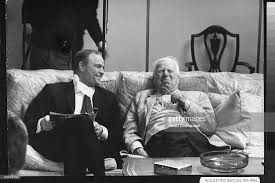 "Work on that. Feel more. Laugh a lot. Draw a circle of loved ones around you."--
Marlon Brando/Interview with James Grissom
Happy Birthday, Marlon Brando April 3rd 1924.

Summer is a Verb Not a Noun - Thank you Jack Wills

It's a gorgeous day. Yesterday I sat outside and read the papers with a glass of Rose.

I decided to shop. I love Jack Wills - for the children and yes for me. Same vibe as Mumford - amidst all the dross and grimy old mangy old you knows it's clean, healthy, civilised.

I took the title for this post from their website. I thought it inspired. Very good marketing people.

My daughter has a summer birthday like me - every year since she was tiny I buy her a birthday dress and a dinner dress - so she can change for dinner !

She now has the most wonderful collection of exquisite  i love gorgeous dresses. 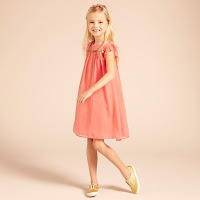 Whilst on books this is lovely :

As for food I really enjoyed reading this.

Emile Zola was born on April the 2nd 1840. Here is the Wikipedia link, he's a fascinating man, I did my dissertation on L'Assommoir and Le Ventre de Paris is fantastic.

I understand from my new friend Facebook that the Royal Military Academy at Sandhurst was established in its' current guise on this day in 1947.

I just read Belgian Waffle's post - eyes left. She talked about Martinis. I had a Martini incident with someone quite unique - nothing grimy or rude just bloody funny and once in a lifetime.

I may write about it at some stage.

It's also Alec Guinness's birthday. 1914. This wonderful book gave me the idea ( and my sister ) to play on Facebook - yes I know about 300 years after everyone else.

This from Vincent Van Gogh to his brother :

'Admire as much as you can, most people don't admire enough'


I read this in Aix then went on a pilgrimage to Arles as I was in the neck of the woods. It is lovely. Gauguin came to stay and they had these wonderful discussions about whether or not they could afford to go for a drink or buy paint. 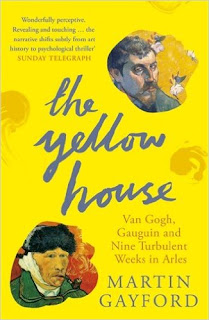 Just came across this wonder from Ottolenghi which has to be done. Heading out for a sunny day tipple so will come back re Crayola.

Where I Spend My Time